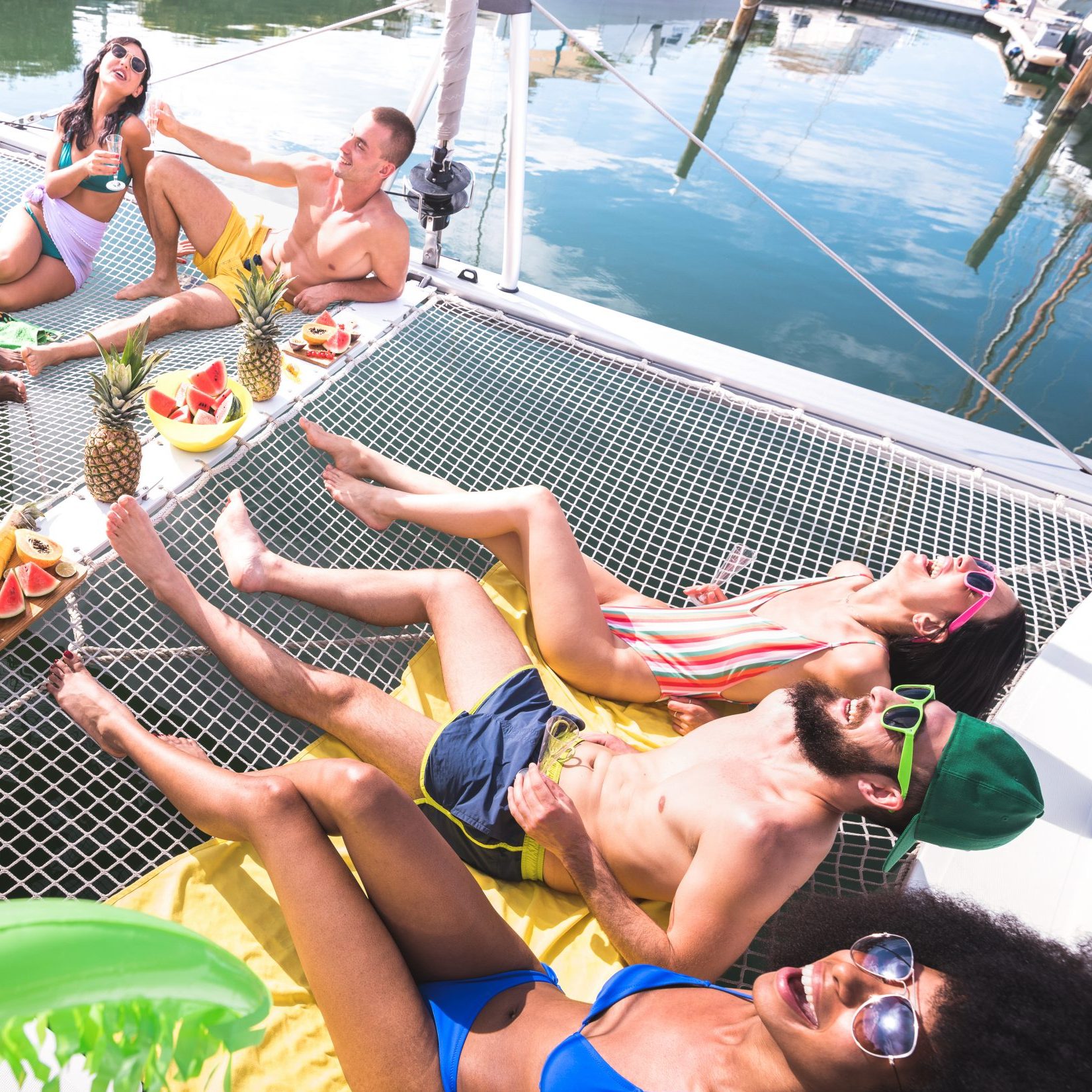 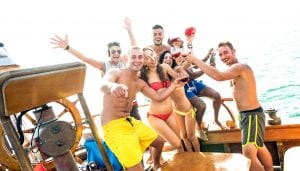 Located in the Ozarks of Missouri, Anderson Hollow Cove boasts of weekend parties all summer long. The spot is in the Lake of the Ozarks State Park. Fun-seekers flock there on boats, owned or rented. The actual cove measures 200 yards wide by a mile long. Boaters congregate there and tie their watercraft together, making the cove the most massive permanent floating party spot in the country. All the locals, including the police, know about the festivities. Patrols do their best to keep everyone safe. Some locals seek out the spot. Other Ozark residents stay away.

The History Behind Party Cove

The parties started in the 1960s and moved around periodically due to land development. The location finally came to rest in its third location, a spot in the state park, ensuring developers would never chase off the revelers. The parties grew to include over three thousand boats with over 8,000 people. With more places offering pools containing swim-up bars, the popularity of Party Cove is subsiding. Another contribution to the location’s fall in popularity is social media. In the past, what happened in Anderson Hollow Cove stayed in Anderson Hollow Cove, but now with cell phones, waterproof cameras, and social media, that isn’t the case. 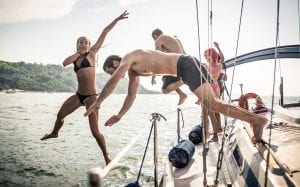 Lake of the Ozarks is actually a man-made lake, designed to resemble the Chinese dragon. One of the most famous parts of Party Cove is “The Gauntlet.” Boaters from two parallel lines of boats and encourage newcomers to travel between the columns. People who accept the challenge meet water cannons and calls to disrobe. The drinks of choice at Party Cove are beer and rum. Lots of scantily-clad sunbathers frequent the parties. Partiers share cocktails between boats. You probably won’t find Party Cove on any map, but head out to mile marker four in the lake’s Grand Glaize arm. The mile marker sits about a mile south of the Grand Glaize Bridge. If you decide to go, prepare yourself. You will witness lots of alcohol-fueled activities and debauchery. Think “frat house party on the water.”