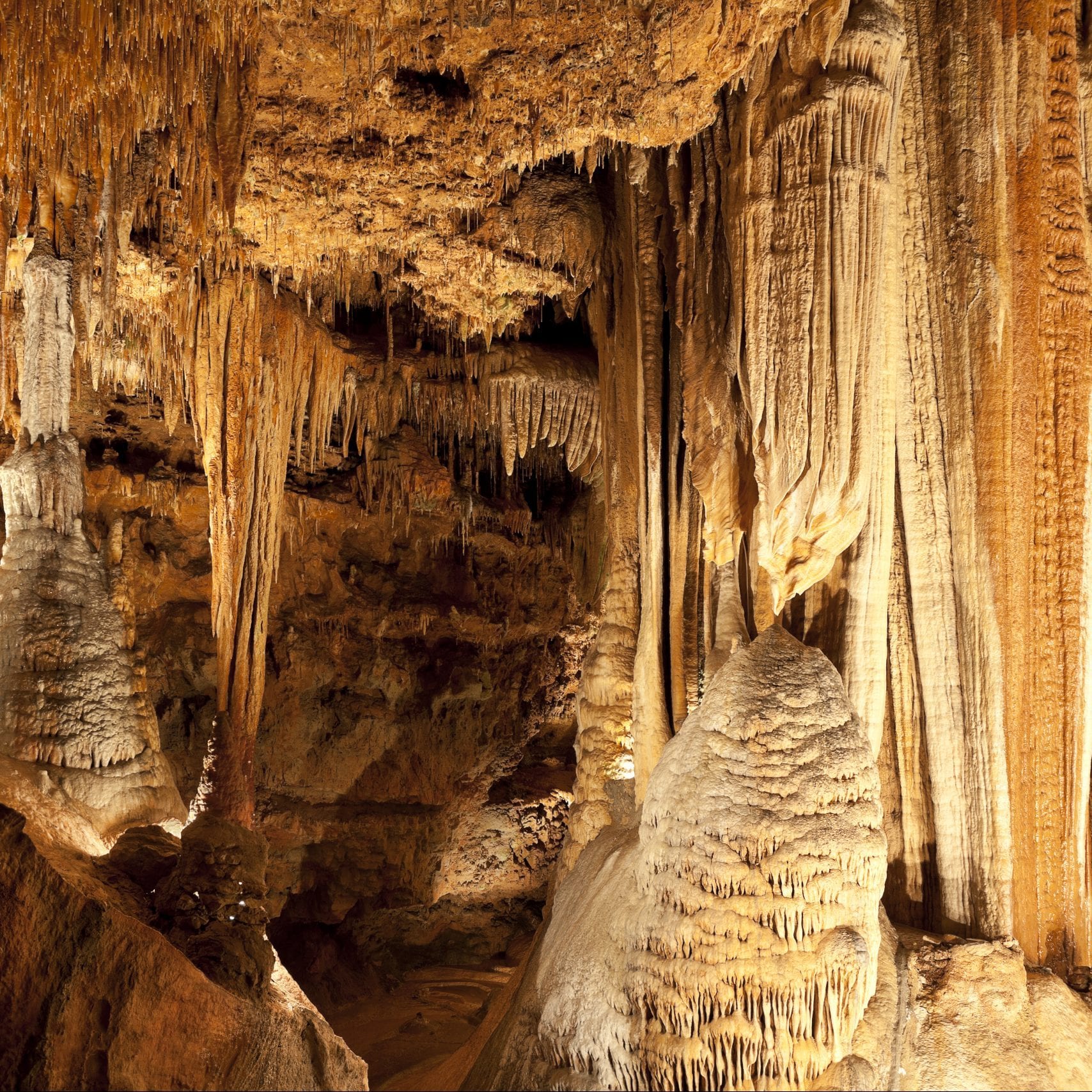 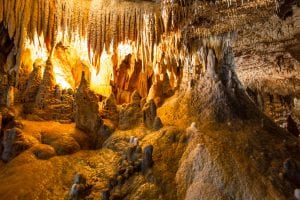 Deep in the hidden belly of Thunder Mountain lies a treasure awaiting those ready to explore the darkness – Bridal Cave. Shrouded in legend and mystery, this beautiful underground cavern holds walls of drapery, straws, columns and mounds of onyx, stalactite and stalagmite formations. Located beside Lake of the Ozark’s in Missouri, this amazing place is open to tourists year-round. Visitors can join one of the guided tours, which typically last about an hour. This is a perfect family adventure anytime of year. The temperature inside the cave is a steady 60 degrees year-round, no matter what the weather outside.

Osage Native Americans once roamed the lands before any white men inhabited the area. The name ‘Bridal Cave’ is said to have originated from the Osage. Chief Neongo of the Big Hills tribe of Osage had a son who was named Conwee. This young brave fell in love with Wasena, the daughter of Elkhorn, a neighboring chief. He wanted to marry but she did not. Legend has it that Conwee and a few of his braves kidnapped Wasena and her friend Irona. As they were fleeing back to his camp, Conwee hid the two women in Bridal Cave. Wasena ran and jumped off of a cliff and to her death. The cliff is now named ‘Lover’s Leap’. Later, Irona married her true love, Prince Buffalo inside the cave. The Osage called the place Bridal Cave after the wedding. The name stuck and so did the legend. 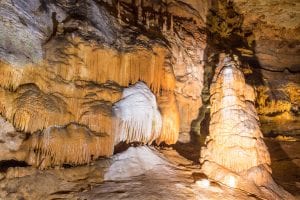 From Legend to the Present

Today visitors can hear of the tragic story as they travel through the cave. Paved paths, lighting, and safety railings ensure that guests are safe as they view the magnificent formations. The jewel-colors of Mystery Lake can also been seen in the caverns. This lake was found many years after the discovery of Bridal Cave. Visitors enjoy having their pictures taken in this magical place. Others desire to start their happily-ever-after in Bridal Cave. Thousands of couples marry inside the majestic place each year. The stunning formations are a gorgeous and unique backdrop for wedding photos.

History buffs can enjoy a lantern-lit cave tour on Saturday nights. Explore the caverns the way pioneers did in days of old. Lantern light will flicker on slick, icicle-looking formations, bringing an otherworldly feel to Bridal Cave. Bring the family and enjoy the fun today.