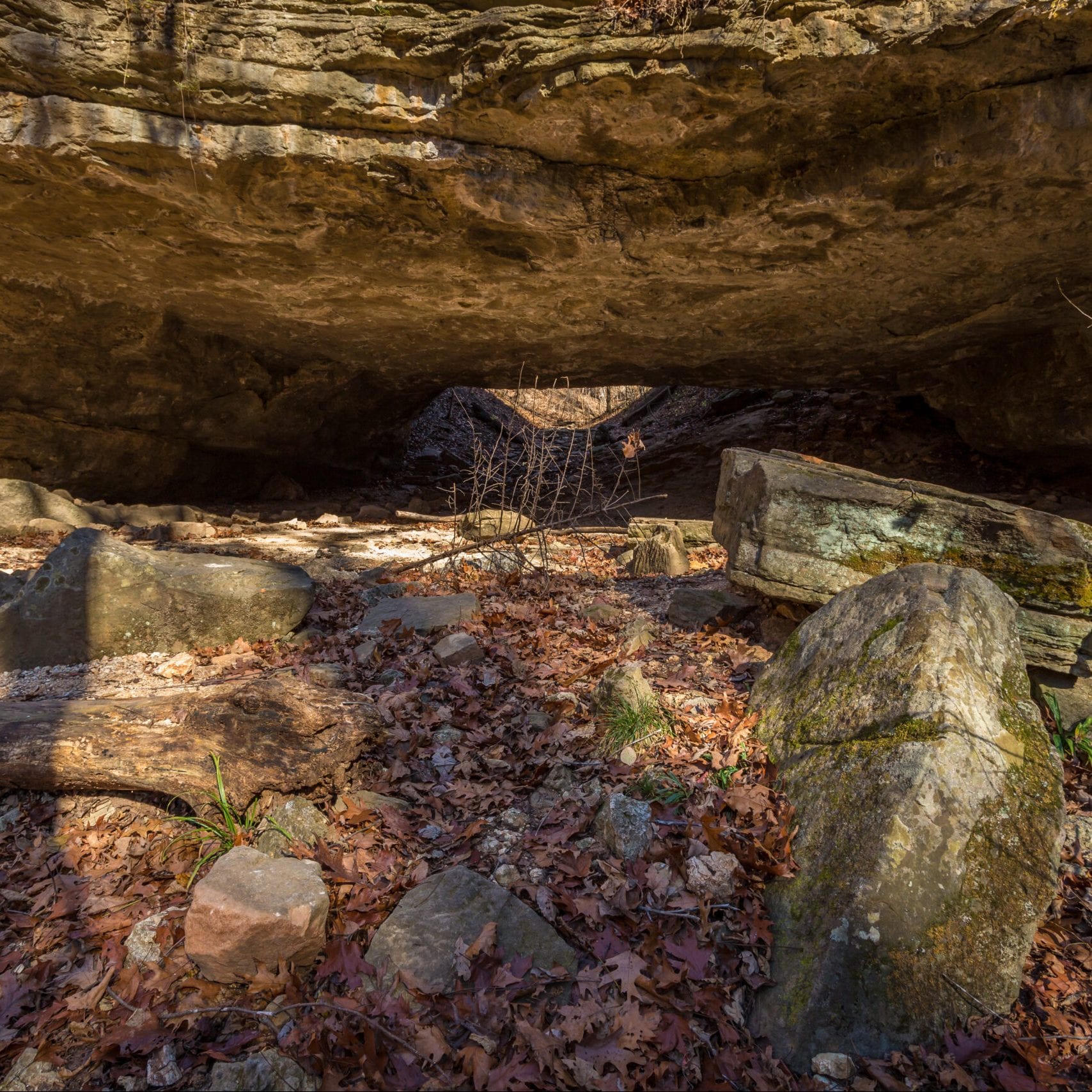 Take a trip back into history and explore amazing geologic features at Ha Ha Tonka State Park. The park is known as one of the most beautiful areas in Missouri. The park encompasses more than 14 hiking trails, a gigantic natural bridge, Missouri’s 12th largest spring, sheer cliffs, and most interesting of all, the remains of a once-grand 20th-century mansion.

Early settlers were interested in the area due to the plentiful springs and the uniqueness of the area. Journals of settlers in the early 1800s mentioned the bluffs, caves, and large springs in the area. One of the first grist mills was established in 1830 by a Mr. Garland, who dammed the lower end of the spring and constructed his gristmill.
You can still see remnants of the mill on one of the hiking trails leading to the spring. As it turns out, Mr. Garland was also in league with counterfeiters who used the caves surrounding the mill for criminal activities. 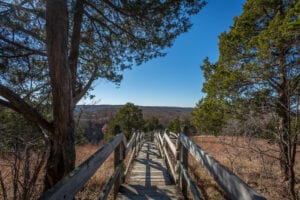 In 1904, Robert McClure Snyder purchased Ha Ha Tonka Lake and Spring in Camden County. He saw the beauty in the area and wanted to spend his leisure time in this forested area, away from business worries and city life. To accomplish his dream, Snyder began constructing roads and building a castle fit for royalty.
His castle was built in a European style with 60 rooms and an atrium rising three and a half stories to a skylight. Snyder planned to build a water tower, stables, and greenhouses. Materials for the mansion came from the area. Sandstone was quarried nearby and transported by a miniature railroad and mules to the construction site. 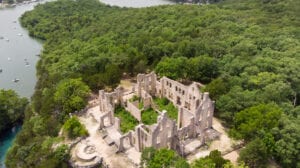 A year later, the mansion’s construction was halted when Snyder was killed in Missouri’s first automobile accident. His sons finished the castle in 1922, but it was not as opulent as Snyder planned. Once the castle overlooked a small lake, but the construction of Bagnell Dam resulted in the small lake becoming part of the dam.
In 1942, the property was leased for use as a hotel, but a chimney fire torched the roof, and fire destroyed all but the mansion’s exterior walls. That same day, the carriage house caught on fire and was burned to the ground. In 1976, vandals burned down the water tower. The buildings’ shadowy remains still reside in Ha Ha Tonka State Park for tourists to explore what once was a grand dream.

It took from the early 1900s until 1978 for the area to be deemed as a state park. Today, visitors visit the geologic wonders of the area, the strange mansion ruins, and take advantage of recreational opportunities in the park.