The Engineering Marvel of Bagnell Dam

When someone plans a trip to go across the country, they often find themselves stopping at major sightseeing locations, such as the Grand Canyon, the Statue of Liberty, or even Walt Disney World. While they are lovely locations to visit, sometimes an unconventional landmark makes for an awesome trip. The Bagnell Dam would be one such place, where travelers marvel at the wonder of its architecture and are amazed at the dam engineering. Located in Missouri, the Bagnell Dam boxes in the Osage River, creating what is known as the Lake of the Ozarks to locals and travelers combined. The history behind its creation and structure may not be known to everyone, but it should be, and here is why. 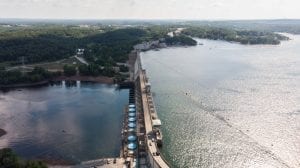 As many know, a dam creates a reservoir of a body of water to implement hydroelectricity in the area it is located. The Bagnell Dam is no exception. When constructed started in 1929 and ended in 1931, it was considered to be one of the biggest man-made bodies of water ever created up to that point. The entire construction of the dam was years in the making, where officials in the county began years before to create the surrounding structures of the dam to help support such a large body of water. When the original construction of the dam began, the county had originally decided on thirteen floodgates to generate enough hydroelectricity. However, when the dam was almost finished, twelve seemed sufficient enough to serve the needs of the town. The whole dam reaches an elevation of 660 square feet and produces 624,000 MWh annually. 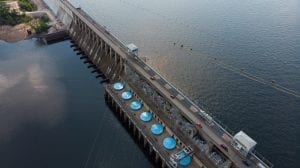 When visiting Bagnell Dam, one might ask what all there is to do than watching the dam spill water. As a matter of fact, there are a lot of things one can do while visiting. A visitor can go into the town to enjoy a wonderful meal at one of the many local restaurants or bars, or even get a snack at the sweets shop only minutes away from the dam. Along with the historical sites and restaurants, there are plenty of attractions designated for families and younger crowds, including a local escape room attraction and an arcade. If the meal is done and someone wants to kick back, relax, and shop, there are lots of fun stores with interesting trinkets and fun souvenirs to remember your trip to one of the historically largest dams in the country.