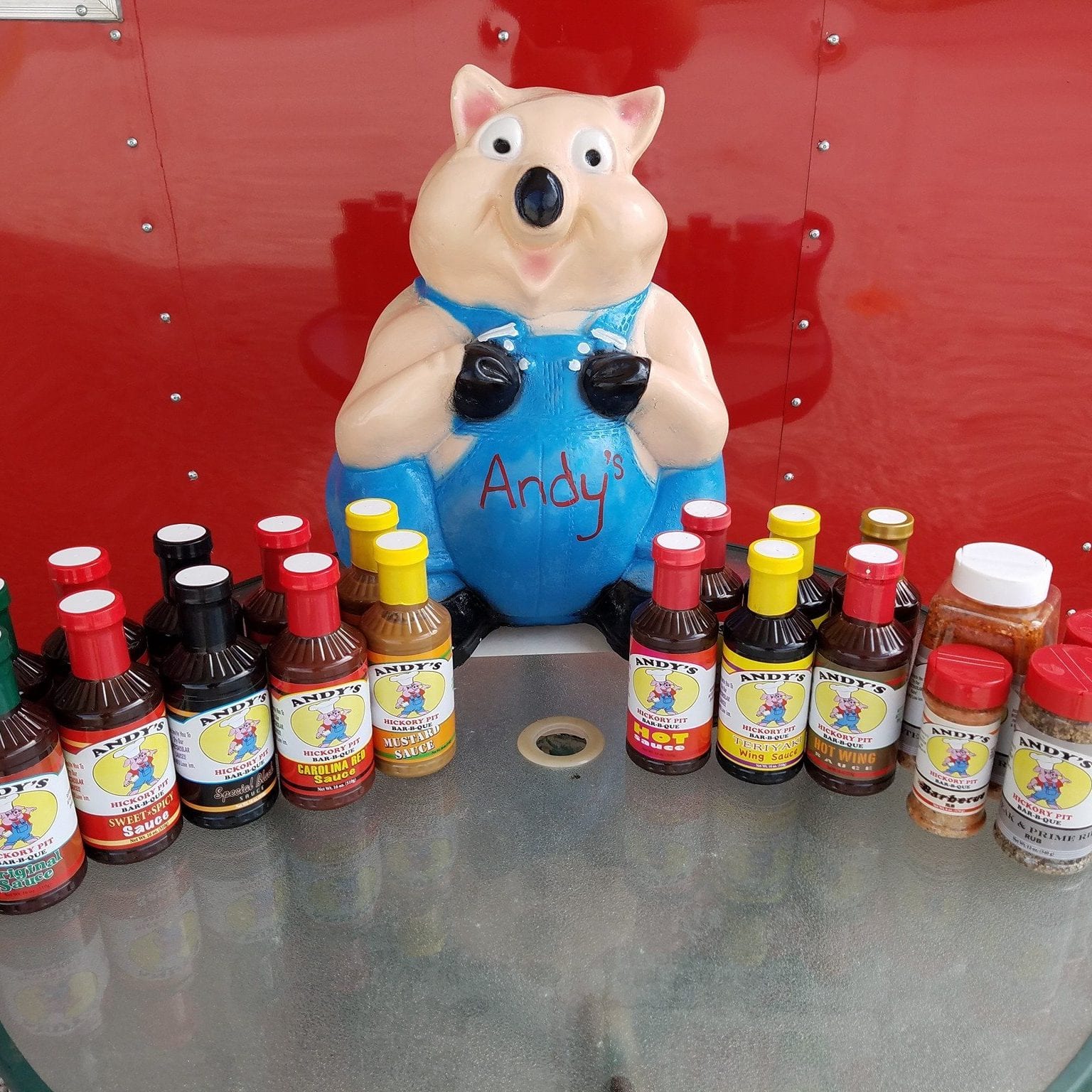 Andy’s Hickory Pit is located in Eldon, MO. They are well known for their world-famous pulled pork, brisket, ribs and more.

Some say “mouth-watering” doesn’t do it justice!

What Makes Andy’s Stand Out?

With an impressive menu, and friendly staff, there are many positives to cite about Andy’s. What really makes them stand out is their homemade BBQ sauces. Throughout the years, Andy has made his very own sauces and rubs. Their menu features 8 sauces, and 2 rubs, all unique to Andys and all exclusive to their restaurant.

That alone is a reason to stop by!

Because they are made in small batches, there are no additives or fillers to thicken them. They are each hand crafted with care and love!

How did Andy’s Get Started?

They’ve since been all over mid Missouri.

They have taken the BBQ trailer to different cities for festivals, competitions, or just to try the area for a while. In 2007 they decided to open up a full size restaurant in Eldon, MO. That’s when their granddaughter Crystal, and Jennifer’s husband James, were added into the mix. They’ve have had several other family members help throughout the years.

The restaurant was voted in the top 10 in the state of Missouri for BBQ!

After a few years, they decided to downsize back to the original trailer that made them famous. In Spring 2016, the trailer had some major renovations done so we could expand the space and menu. You can learn more about their history and menu on their website here: http://andyshickorypitmo.com/

Check out more at their business listing here: https://discoverloz.com/small-business-directory/2752/andys-hickory-pit-bbq/

The Story Behind the Original Marshmallow Pepsi
December 12, 2020
Newest Listings
Go to Top